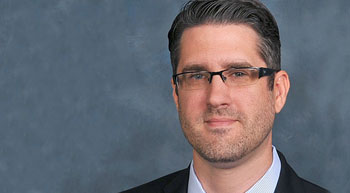 We are pleased to announce that Scott W. Machnik, Esquire became a shareholder on January 1, 2015 and the firm will be known as Marlowe McNabb Machnik, P. A.

Scott W. Machnik comes from a long line of contractors, spending many weekends and summer vacations in his youth on construction sites and in manufacturing shops.  He received his B.A. from the University of Florida in 2001, and then spent three years working in his family’s construction company in southwest Florida before enrolling in law school with the goal of becoming a construction law attorney.  He graduated With Honors from Stetson University College of Law in 2007.  He received the Victor O. Wehle Trial Advocacy Award; and was a member of Stetson Advanced Trial Competition Planning Committee. Scott was also a member of Stetson Law & Order Society. He served as a Judicial Intern to a Hillsborough County Circuit Court Judge.

Scott joined Marlowe McNabb as an associate in 2008, and became a partner in the firm in 2015.  He is a member of the American Bar Association, The Florida Bar and the Construction Law Section of the Hillsborough County Bar Association, and is also licensed to practice in the U.S. District Court for the Middle District of Florida.  He is a member of Associated Builders and Contractors Gulf Coast Chapter. Scott has written articles for Lawyer magazine, published by the Hillsborough County Bar Association, and conducted continuing education construction law seminars for contractors.