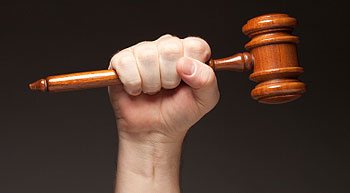 The dismissal by the court was then appealed by the subcontractor. The Appellate Court reviewed this matter under the Florida Arbitration Statute. That Statute provides that a court can vacate an award when (a) the award was procured by corruption, fraud or other undue means; (b) there was evident partiality by the arbitrator appointed, corruption in any of the arbitrators or umpire, misconduct prejudicing the rights of any party; (c) the arbitrators or the umpire in the course of exercising jurisdiction exceeded their powers; (d) the arbitrators or the umpire in the course of his or her jurisdiction refused to postpone the hearing upon sufficient cause being shown or refused to hear evidence material to the controversy or otherwise so conducted the hearing contrary to the provisions of the statute as to substantially prejudice the rights of the party; (e) there was no agreement or provision for arbitration subject to the statute.

The courts have held that where a party moves to vacate an arbitration order, it must prevail on one of the grounds set forth above. Without meeting this burden, the award may not be overturned.  In this case there was no issue about arbitrability since that had been part of the general contractor’s contract; there was no claim of partiality or corruption and no assertion that the arbitrator exceeded his powers.

The Florida Supreme Court has held that an arbitration award may not be reversed solely on the basis of an error of law and can only be vacated if one of the five criteria is proven. The Appellate Court reversed the order and sent the matter back to be heard by the arbitrator. The court also noted that if the action had been brought under the Federal Arbitration Act, the grounds for relief are essentially the same and the result would have been no different.

While this case primarily addressed the powers of an arbitrator, it should be noted that the licensing issue that was at the heart of the case is no longer applicable. There is no requirement under state law that this type of work be licensed. However, a number of local jurisdictions have imposed additional licensing requirements. The Florida Legislature changed the law so that Sec. 489.128 applies only to those who are required to be licensed under state law. Because this change was made retroactive, lack of a local license is no longer a defense to a claim for payment for construction work.