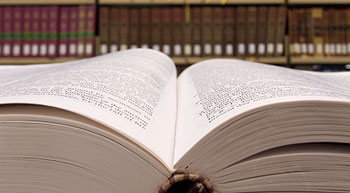 Trial courts are required to apply the significant issues test to evaluate entitlement to attorney’s fees under § 713.29, Fla.Stat., even when the lienor obtains a judgment on the lien.

Before the Florida Supreme Court decided Trytek v. Gale Industries, Inc., 3 So. 3d 1194 (Fla. 2009), it was generally understood that a lienor who succeeded in obtaining a judgment in a lien foreclosure action was automatically entitled to recover its attorney’s fees as the prevailing party pursuant to §713.29, Fla.Stat. After Trytek this is no longer a foregone conclusion.

In Trytek, the general contractor recorded a construction lien for $12,725 and filed suit to foreclose on the lien. The homeowners filed a counterclaim seeking to recover for repair costs which they incurred in making repairs to damages caused by the contractor’s workers. At the conclusion of the trial, the homeowners were awarded repair costs in the amount of $11,200. After setting off that amount against the contractor’s lien amount of $12,725, a judgment was entered in favor of the contractor for $1,525.00. Thereafter each party claimed that they were entitled to recover attorney’s fees as the prevailing party. The trial court applied the “significant issues” test and concluded that the homeowner’s were the prevailing parties given that they primarily prevailed on their counterclaim for set-off.

When the case reached the Supreme Court the issue presented was:

Whether the trial court is vested with discretion, or is even required to consider, which party prevailed on the significant issues; or whether the trial court is bound by an inflexible bright line rule that a prevailing party must be determined and that the contractor must be considered the prevailing party if it obtains a judgment on its lien in any amount in excess of an asserted set-off or counterclaim.

The Supreme Court gave careful consideration to the issue and held that the “net judgment rule” should be replaced by the “significant issues” test which best comports with the Court’s “preference for a flexible rule that will achieve an equitable result with respect to the determination of the ‘prevailing party,’ irrespective of which party recovers a judgment on the lien claim. The Court reasoned:

Although the fact that a contractor has obtained a “net judgment” on its lien is certainly a factor to be considered, it is not determinative of whether that party is the “prevailing party” for purposes of entitlement to attorneys’ fees. The application of an inflexible bright-line rule that a judgment in any amount on the lien claim mandates “prevailing party” attorneys’ fees disregards the fact that a claim of lien under section 713.08, Florida Statutes (2005), requires that the “contract price” or the “value” of the “labor, services, or materials furnished,” and the “amount unpaid” be part of the “claim of lien.”

The Court held that it was possible that the trial court could apply the significant issues test and determine that neither party was prevailing for purposes of awarding attorney’s fees.

After Trytek, a factor that will be considered in determining whether a lienor who obtains a judgment in some amount is entitled to prevailing party status is whether the lienor rejected a settlement offer during the pendency of the case that was equal to or better than the amount of the judgment that was ultimately rendered. If so, the lienor may not be entitled to recover its attorney’s fees notwithstanding the fact that it obtains a positive judgment on its lien.