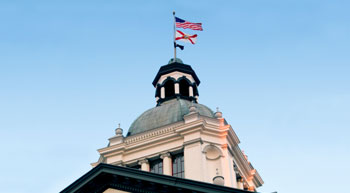 The 2013 Legislative session has come and gone. As usual, there is legislation that will impact members of the construction industry. There seemed to be considerably less political infighting as compared to last year. As a result, more bills were pushed through the system. State revenues have increased with the improvement of the economy which made the legislators’ job easier.

Certainly one of the highlights of the session for contractors working on public school jobs is the modification of the Jessica Lunsford act to set up a uniform system for issuing identification badges to the workers who may come into contact with students.

The discussions of each bill are my initial impressions of the significant aspects of the bills and are necessarily shortened summaries of the full bill so there is not a full review of every matter contained within a bill. If any errors are noted, please bring it our attention so that it can be corrected. As always, Marlowe McNabb is ready to assist you with any questions you may have.

The Jessica Lunsford Act was passed by the Legislature in 2005. It required security checks for non-instructional personnel in K-12 schools. A wonderful concept, but the execution – not so good. Each school district established its own procedure for issuing the identification badges required. This created an administrative nightmare for contractors doing school work. Each worker had to be separately qualified in each school district in which they worked.

The Department of Education is required to create a uniform state wide identification badge and sets forth the requirements for issuing such badges. They will still be issued by a school district, but only one is needed for any other district. The new badge must be recognized by all school districts. It must be visible at all times that the contractor is on school grounds. The badge will be valid for 5 years. The Department of Education will set the fees for issuing a badge.

Of course nothing is ever easy. There are still issues to be worked out such as what to do when a locally issued badge expires before the state system is in full operation.

A template for the use of public private partnerships (PPP) for public use facilities is established. It is the intent of the Legislature to encourage investment in the state by private entities and to provide the greatest possible flexibility to public and private entities contracting for the provision of public services. A task force is established to recommend guidelines to the Legislature for the purpose of creating a uniform process for establishing PPP. The final report is due July 1, 2014.

Procedures for a public entity to deal with unsolicited proposals or to solicit proposals from private parties for qualifying projects are established. It allows for an interim agreement before entering into a final comprehensive agreement with a private entity.

This protection is limited to those cases where the damages are solely economic in nature and not personal injury or damage to other property. A business entity is broadly defined and even includes a self-employed individual. It is notable that other professionals in the state of Florida are not exempt from individual liability for any malpractice committed while practicing their profession.

Counties and municipalities are required to attach a disclaimer to development permits stating that the permit does not create any rights for the applicant to obtain a permit from any other state or federal agency. Counties and municipalities are required to make it a condition of the permit that all other applicable state or federal permits be obtained before commencement of the development.

In 2012 the Legislature modified Section 489.113 which requires that a person must be either certified or registered in order to engage in the business of contracting. One exception added at that time is for work under the supervision of a certified or registered contractor within the scope of the supervising contractor’s license although it cannot be work that would require a specialty contractor’s license under Chapter 489. This bill provides that the amendments passed in 2012 are remedial in nature and intended to clarify existing law. This bill applies the amendments retroactively to any action initiated or pending on or after March 23, 2012. Apparently somebody had an issue doing this and was sued. Whoever it was managed to persuade a legislator to help out.

The maximum fine that cities and counties may charge for unlicensed contracting citations rises from $500.00 to $2,000.00 and the civil penalty for unlicensed contracting is increased from $1,000.00 to $2,500.00 per day for each violation. It also increases the percentage of funds the local government retains when they collect unpaid fines and costs ordered by the CILB from 25% to 75%. This will likely act as an incentive to the local governments.

The policy statement that the collection of fines and penalties on contractors are intended to be secondary to the primary goal of obtaining compliance with state laws and local ordinances is deleted. This seems to be a message that there should be more focus on punishment. The requirement that a local agency issue a notice of non-compliance as its first response to a minor violation of a regulatory law and give the violator an opportunity to correct is removed. Now they can go straight to a citation.

The period in which a registered electrical, specialty electrical and alarm system contractor can be grandfathered into state licenses is extended to November 1, 2015.

Section 553.79 is amended to allow electronic copies of a building site plan to be used for a record retention and inspection purposes at the building site as an alternative to hard copies.

As part of the new Florida Building Code, a product approval system was established for certain specified categories of construction products. This bill adds impact protective systems to the categories that must receive product approval.

The approval process using a product evaluation report based upon testing or comparative or rational analysis or a combination thereof from an approved product evaluation entity is added to the processes that must be acted on within ten (10) business days from receipt.

The Florida Energy Efficiency Code for Building Construction is renamed Florida Building Code-Energy Conservation. The Florida Building Energy Efficiency Rating Act has been modified to identify energy rating systems to be used to promote energy efficiency. This is in lieu of a requirement to develop a state-wide rating system. DBPR no longer has any responsibility to adopt, update or maintain a state-wide uniform building energy efficiency rating system.

The Florida Arbitration Code (FAC) has been substantially amended. The FAC was passed in 1957 and revised in 1967. Since that time there have been very few changes. A number of items have been added such as the ability of arbitrators to issue provisional remedies, challenges based on problems with proper notices, consolidation of separate arbitration hearings, requiring conflict disclosure by arbitrator and immunity of arbitrators from suit

The conditions upon which a court may consolidate separate arbitration proceedings are set forth. However, the prior provision that a court may not order consolidation if the agreement to arbitrate prohibits consolidation as is typical in AIA contracts is not changed. The conditions required for a court to vacate an award are provided. The provisions where an award may be modified or corrected are set forth. The grounds for appeal of an arbitration ruling are established, but the appeal must be based on actions or inaction by the court as distinguished from the arbitrators.

This bill has been approved by the Governor. The revised arbitration code does not affect an action that has already been commenced or that right to commence the action accrued before the effective date of the bill which is July 1, 2013. Beginning July 1, 2016 any agreement to arbitrate will be subject to the revised code.

After the state enters into a contract, the Chief Financial Officer is required to audit the contract and contract manager’s records to assure that adequate internal controls are in place for complying with the terms and conditions of the contract and for the validation and receipt of goods and services.

In 2011 the Legislature passed The Community Planning Act. This act prohibited local governments from adopting initiative or referendum processes for development orders, comprehensive plan amendments or map amendments. This bill makes this retroactive to June 1, 2011.

Much of this bill addresses regulation of communication facilities within high speed rail systems. It also authorizes leasing of commercial developments that are connected to professional sports franchise facilities. The deadline for permit holders to notify the authorizing agency that they want to utilize the two year extension provided in 2011 has been extended.

Allowing the Department of Environmental Protection to require or incentivize electronic transmission of forms, documents, fees or other reports relating to state lands and resources.

A county or municipality can request additional information from an applicant for a development permit no more than three times.

The Board of Trustees of the Internal Improvement Trust Fund is authorized to issue leases or letters of consent to special events promoters such boat shows and sets limits on the length of the use and the duration of a lease.

It specifies that a permit is not required for the restoration of sea walls at their present locations or upland or within 18 inches instead of 12 inches waterward of their previous locations.